Firecrest Mountain Biking have always looked forward to races on Aston Hill after all it’s our home turf. Over the years success on ‘the hill’ has been seen as a given. Of course it’s easy to attribute the times recorded and success on the hill of Firecrest trained riders to the home advantage and yes that does play a part but when the hill is wet and the conditions are at there worst that’s when the skills we install into all the athletes we train really do play a part in the results they achieve. 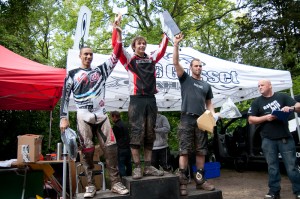 As a training consultancy we set out to ensure our athletes win. Whilst we win (and loose) with them, when they win together we look to the next race the next opportunity for them to chase their dreams and add to their mountain bike racing CV’s.

Looking ahead, thinking ahead and planning ahead are at the heart of the Firecrest philosophy so much so that I have a habit of being in a state of perpetual forward motion. Rarely stopping to look back, if only to asses what worked, didn’t work and what we should change before moving forwards, onwards and upwards. However sometimes it’s nice to take a look back and see what you’ve achieved and I hope you’ll allow me that opportunity now.

If you looking at the results and thinking “How do they do that?!?” Firecrest MTB offer training for everyone from first time rider’s right through to regulars on the World Cup Circuit. Our years of experience mean that you’ll experience the best mountain bike skills coaching out there. With Mark (Baines) now onboard for Fitness and Performance Coaching we can tailor our packages to ensure you achieve the result you’re looking for. Be that mastering the trails or standing on top of the box come race day.

Check out the programs we offer on the site and if you have any questions or would like to book a session give us a call or drop us and e-mail from our Contact Page.

The juveniles put in their runs just as it started raining and a special mention really should be made about Firecrest trained and Dees Cycles’ supported Alistair Warrell, who beat his nearest rivals Peter Hutchinson (Wreckage Clothing/MX Prints) and Connor Low by 12 seconds, and was just over six seconds off the fastest time of the day with a 1.15.84. Alistair’s had a great season and what a result to set him up for the next year in the Youth category. Keep and eye out for Al in 2012.

This year has been the break through year for Aston Hill local and Madison/Saracen Youth rider Phil Atwill he stamped his authority on the race, beating Matt Goode and Wiggle’s Finn Tennant by over five seconds, while also claiming the fastest time of the day with a rip-roaring time of 1.09.03.

Phil started on Aston Hill’s Junior DeVo Program way back in 2005 and has always been a stand out rider. Picking up the Youth National Title in 2011 was an awesome result for Phil and meant a lot to me. I’ve always believed that the DeVo Program was about making Champions and Phil is the first of the crop to have a Union Jack Flag (only worn by respective National Champions) on his sleeve as National Champ great ride Phil!

The Madison/Saracen clean sweep continued in the Junior category, with possibly the smiliest guy on the circuit getting the second fastest time of the day. Josh Lowe beat Chris Keeble-Smith and Slam Cycles’ James Aveil by over seven seconds, just as the heavens started to open.

It was great to see Josh round out his first year in Junior with a win. I’ll never forget seeing Josh ride the bottom corners on the 4-2-3 back in 2009. From there it’s been a phenomenal couple of seasons and it’s a case of roll on 2012 for the second year of Junior.

I can’t touch on the Junior Category without giving Sam Wakefield a mention. His ‘sh1t or bust’ approach to a damp track meant that his dream of winning on home turf ended up on his head about 20seconds into the track. Always 100% Sam’s had a mixed season but had pulled out some great results as the season has drawn to a close. Looking super strong in practice and ready for a busy winter full on training look out for him in 2012 as he steps it up to the Expert category.

Ride of the day must go to Firecrest MTB Trained senior Pete Robinson with an insanely wet second run that saw him only six seconds off superfast youth Phil Atwill’s dry time. He beat Chris Charles and Nick Cornwell by over five seconds, who still had times that would have placed them top five in the Expert/Elite category.

I’ve always know Pete had the skills to pull off a ride like this. In training he’s always on the pace and it was only a matter of time before it all came together in a run. This result is the confidence boost he needs going into the winter.

Firecrest MTB trained Madison/Saracen rider Harry Molloy has had a crazy season. Bizarre crashes and resulting injuries have really plagued him in 2011. However on his second run he managed to pip course builder and Firecrest MTB Coach John Holbrook by 0.23 of a second with an amazing second run. Firecrest made it three out of three with Ben Deakin of Muc-Off/Primera/Royal Marines taking the third step on the box. Ben’s been a fan of the system since a summer spent on the Firecrest Coaching Team back in 2004 it’s great to see him flying the flag and laying down some crazy moves on his way to the podium.

Check out the videos from Neil Chapman, Volker Pacher and Ben8633.

Also, keep an eye on Aston Hill’s Flickr group and Roots and Rain.

Full results are on Mikrotime and Roots and Rain, official Eastern and Central Champion regional results to follow.

Keep eyes on www.rideastonhill.co.uk for the next race!

With very little time for sightseeing the Mountain Bike World Cup Circus upped sticks and travel across to the East Coast stopping three hours south of New York in Windham for the second stop on the Trans Atlantic leg of this years competition.

With a mixture of fast open sections, tight rocky woods and massive jumps all three riders were in their element. With such a short track there wasn’t going to be any room for hesitation and they set to work dialling their lines for Friday’s qualifying.

Fresh from finishing 55th and 67th for Harry and Olie respectively both riders put in fast but safe runs to ensure they qualified. With Harry in 56th and Olie in 62nd they could relax with their places booked for Sunday’s finals. Dave was back on it on the shorter track and he continues to build his World Cup experience coming home in 111th.

Another fast dry track greeted the riders on Sunday morning and Olie was first on track knowing that with a track so short he had to leave everything on it he put in a good solid run. Clocking 2min 39secs enough to secure him 68th on the day and some more valuable UCI points.

Harry flew out of the start gate and was up with the fastest at the first split, a small mistake cost him a few seconds and by split two his time had slipped off the pace and he finished with a time of 3mins 42seconds putting him in 72nd place. With American Aaron Gwin (Trek World Racing) taking the win on home soil and mountain bike ledgend Steve Peat (Santa Cruz Syndicate) in second the whole of Windham went mental.

While Olie catches up with family in New York, Harry and Dave are heading home to prepare for the domestic race of the season the National Championships at Llangollen from the 22nd to 24th July. With a couple of weeks to prepare expect to see all three Firecrest Athletes and the rest of the FMTB Trained Athletes who’ve been on domestic duties chasing those National Jerseys on the steep slopes of Llangollen in North Wales.