As a Coach or a Competitor there’s always more to learn and things to improve. Anyone that thinks or dares to tells you any different hasn’t quite lost their mind but has certainly lost the opportunity to expand it. There is one thing for sure, although you might like to think you know everything this is rarely the case and in sport in particular there is one constant which is change.

Over the last 20 – 30 years the field of Sports Science has exploded with ways and means to measure and develop athletes that are beyond the wildest dreams of the professional sports men and women in the 60’s and 70’s. Although some athletes might like to hark back to a time before everything in professional sport was measured and calibrated in the 21st century its the way things are and it’s a big business.

For me continuous self improvement has always underpinned what I’ve been doing. The opportunity to perform, review, and improve, has enabled me to squeeze the best out of what I’ve been doing and to continue the push for perfection. Finding the smallest of tweaks and tuning things to find a performance advantage. When you do it often enough It becomes a habit and drives a culture that has enabled me to remain engaged in doing what I love for the past 27 years.

With that in mind I contacted Alan to ask if he offered a Coach Development Workshop that would enable me to gain an insight into the way in which he worked with his athletes. Alan came back with the cracking suggestion of coming along on one of his training days as a participant. What better way to see how he works with his athletes than to become one!

I booked onto Alan’s MX Training Workshop early in December and was eagerly looking forward to the opportunity to get to see one of the best Strength and Conditioning Coaches in Mountain Biking, in action. For those of you that have been living under a rock Alan has worked with some of the biggest names in Mountain Biking Racing from the Atherton Family to Tracy Moseley and has built a reputation on the results that the riders in his charge have achieved on the International Race Circuit.

I also managed to get Firecrest MTB DH Team Riders Chris Cockrill and Tom Shakespeare to come along with me. Chris is a seasoned FMTB DH Team Rider and young Tom is a new signing for 2018 who will be competing in the Youth Category and looking to build on his 2017 season as a Development Rider. The three of us made a very interesting cross-section of athletes for Alan. I was the oldest on the day and having spent hours in the gym training back in the day (racing Cross-County) it was going to be interesting to see how I got on and what habits I’d picked up, or forgotten over the years. Tom at 14 years old is just starting out on his strength and conditioning journey. Training at home and at school to date, this was going to be a little different to his usual PE lessons. Chris won’t mind me saying he is always at the Gym, just a beast (check out his Instagram feed at chris_cockrill) The Gym is his ‘happy place’ aside from being out on the trails and he couldn’t wait for the day to get going. 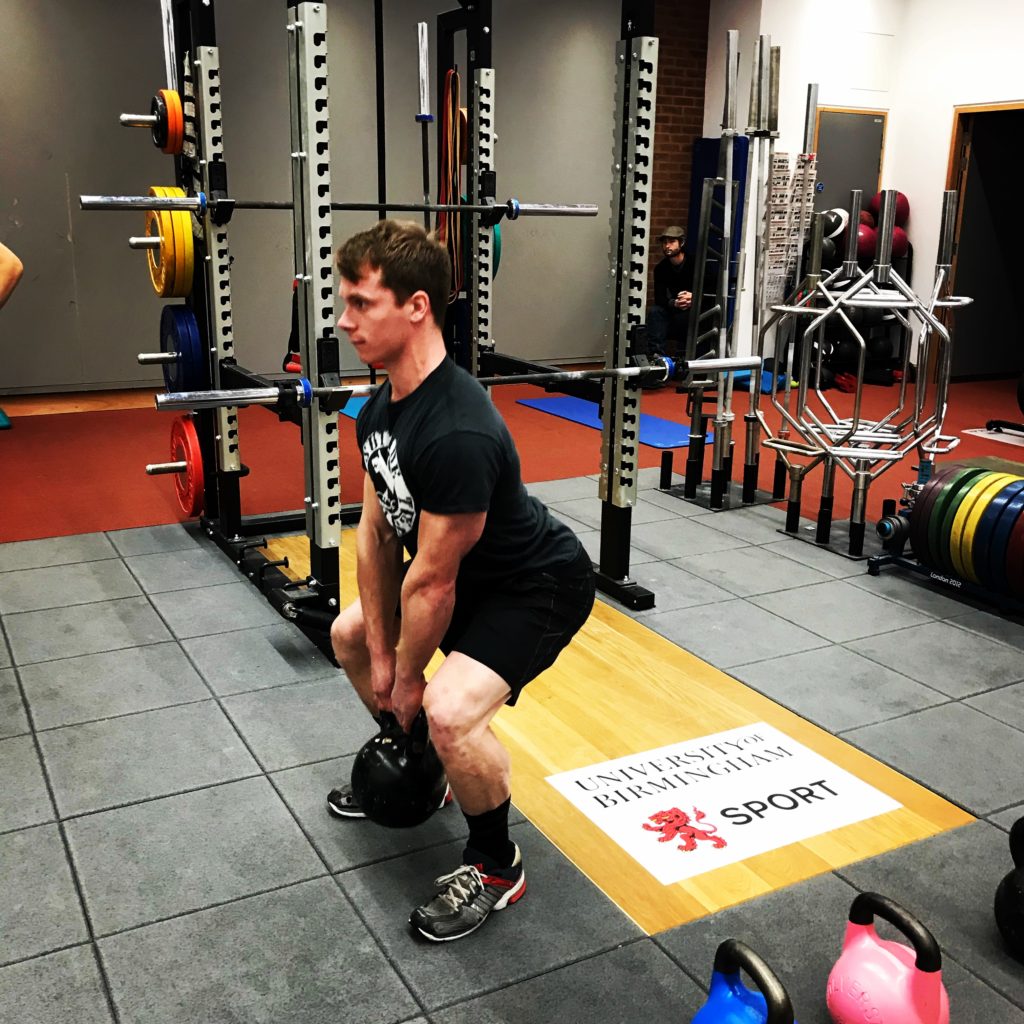 We jumped in the car and headed up the M40 to Birmingham for the day. Checking in at Birmingham Universities Sports Campus makes you instantly feel like a professional. It’s an amazing facility with every base covered from a Sports Participation and a Sports Science perspective.

We met Alan and Ray Jakeman, Head of Strength and Conditioning at The University of Birmingham our Coaches for the day just before 10am, paper work was completed and we were weighed in and ready to go. Alan ran us through the Agenda for the day before subjecting us to the first batch of tests. The morning was spent testing out our flexibility and mobility with notes made of any imbalance to address later in the session. 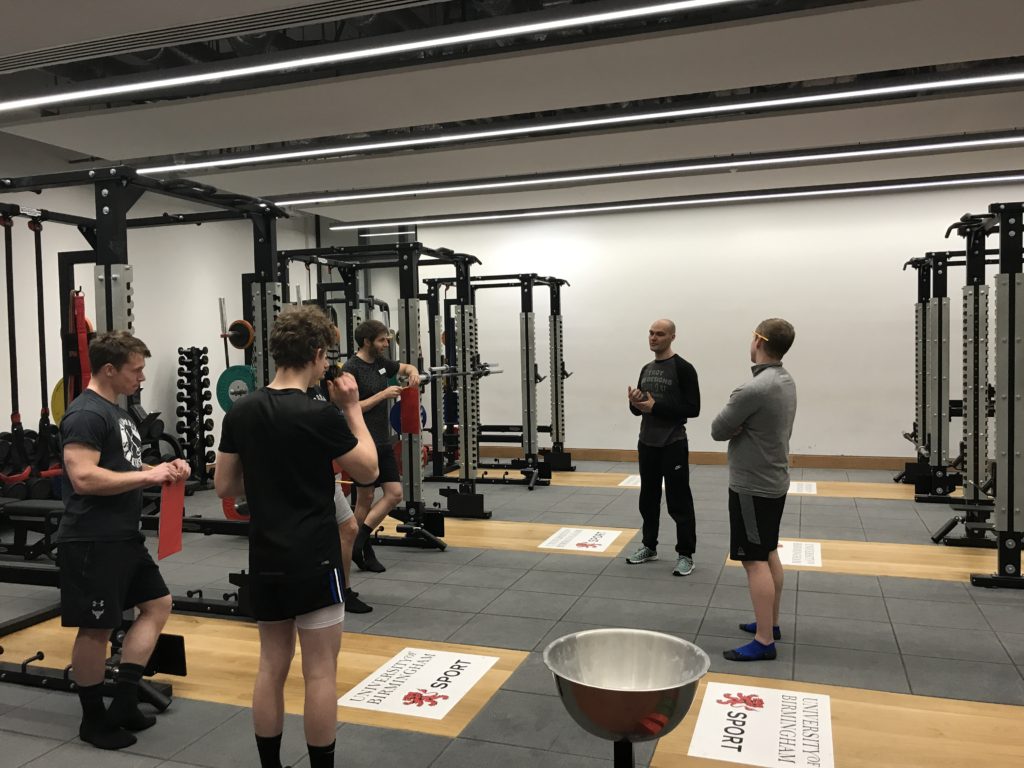 Testing complete Alan and Ray then ran through a batch of exercises with us, which were aimed at targeting the imbalances that we’d identified – left to right, improving balance, mobility and/or flexibility. These specific exercises were great and showed up the missing elements in my Training Programme giving me some valuable exercises I will be adding to it going forward.

This took us up to a light lunch, as there was a batch of tests ahead of us where it wasn’t going to be good to have a heavy meal sitting on your stomach. Back to the Agenda and an easy intro, using the foam roller to work on the stresses and strains of the morning by pushing and stretching the muscles loosing them up for what lay ahead. The remedial side of things has never been a speciality of mine but I could definitely feel the stresses and strains ebbing away. 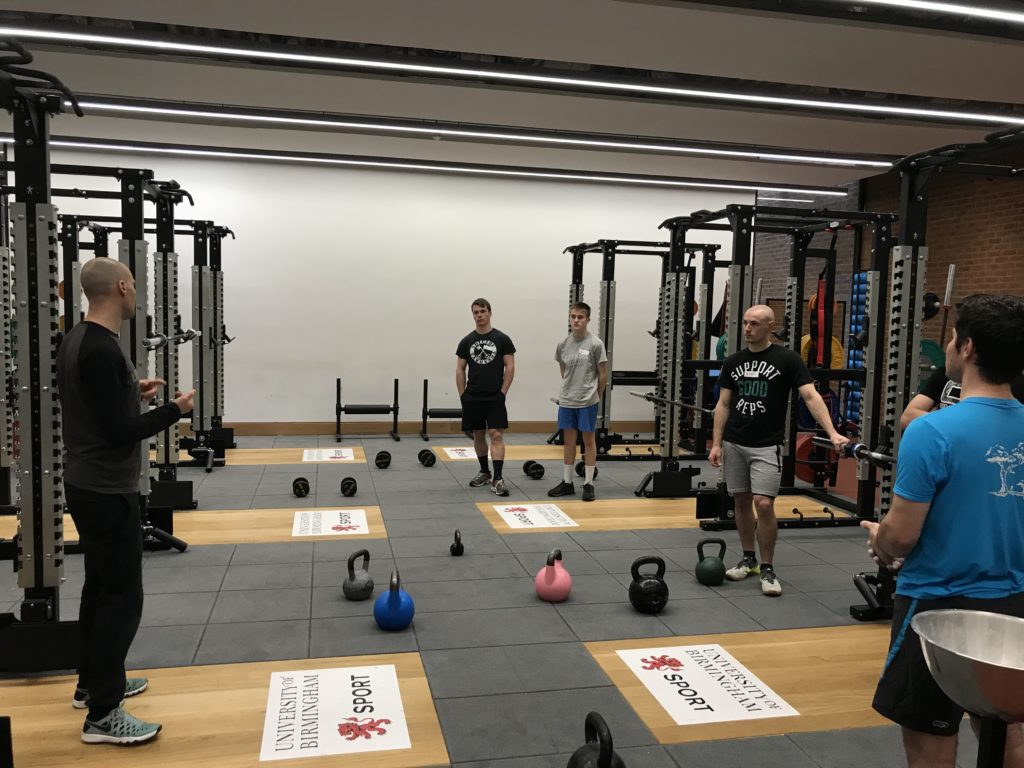 The afternoons tests were aimed at measuring our strength, power and endurance. The first test was the Jump Test. A pressure mat measured our explosive power from a standing squat and then a squat jump. If you ever want to feel like you’re wearing boots made of concrete just do this test.

Then it was onto the bike. Over the years I’ve done a number of max-power and threshold tests on a bike so I knew what to expect. For Tom this was his first and it hurt, but he took it in his stride and put in a great effort and I’m sure he’ll look back at this test with fond memories when he’s smashing them out in the future! Chris on the other hand had the WattBike screaming for mercy as he blasted his way through the tests. The only time I ever enjoy these tests is when they are over and this one was no different but I was pleased with the numbers and I’ll see what Alan comes back with when he’s crunched the data. 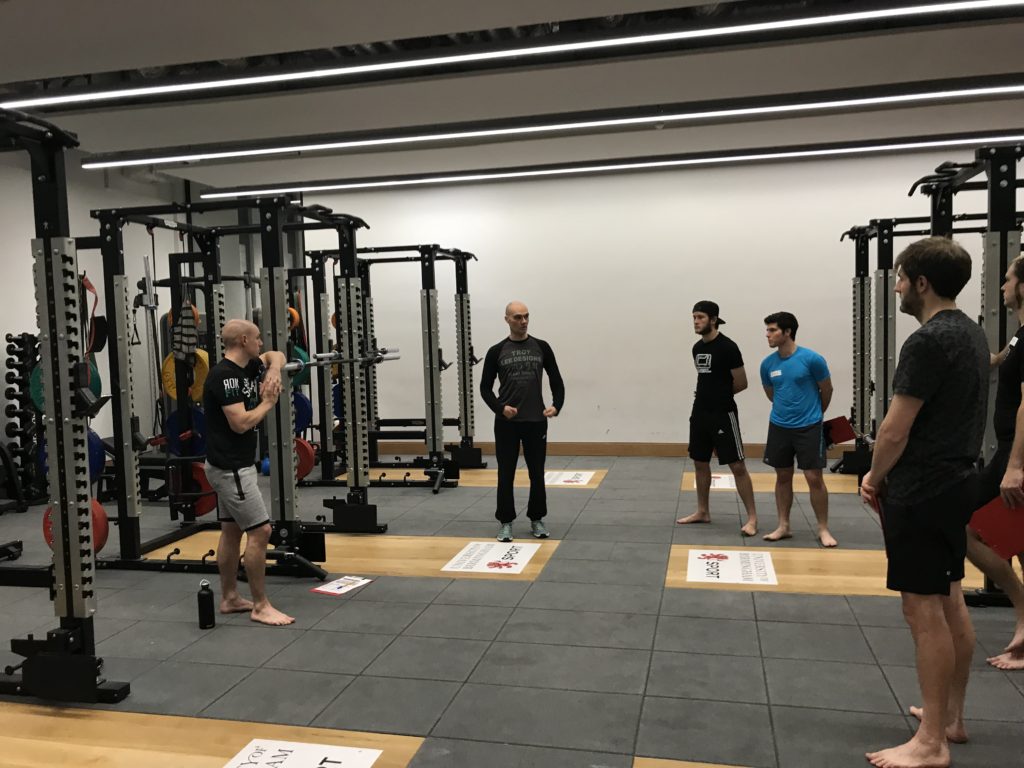 The next test was the Supine Pull. With my ‘arms of a sparrow’ I wasn’t looking forward to this one. Chris smashed it as expected and Tom did himself proud, Then Terry stole the show as he came close to beating the all time record held by Dan Atherton, incredible strength and endurance (we later found out Terry is in the Marines). The the leg burning calf raises were next, followed by press ups. With the tests complete and paperwork handed in for Alan to crunch the data that was the day done.

From my perspective it was great to see Alan in action up close and to get his input on my own training. It’s easy to see how his approach and the strengths and opportunities he identifies give the racers he works with the edge come race day. To have Alan’s insight and the level of feedback he provides on an ongoing basis will undoubtedly make you faster on the bike. Having it for the day gave me a great personal insight into where I can make some gains and some big improvements going forward.

Those of you that have been on a Mountain Bike Skills Course with me will know that the ‘Fitness’, ‘Skills’ and ‘Nutrition’ Triangle enables riders to work with professionals on each of the elements that come together to build the perfect rider. Alan’s insight into the ‘Fitness’ point is clearly invaluable and it was great to see the gains he identified and the way in which he works with an athlete to realise those gains.

Chris and Tom came away feeling highly motivated to get over the winter hump and into the new season fitter and faster than ever. All three of us got a lot from the day and would highly recommend it to anyone thinking about booking up.

Keep an eye on MX Fitness for Alan’s dates in the New Year and if you’re looking to compliment your fitness with some MTB Skills Training check out the range of Firecrest Mountain Bike Skills Courses I offer on the Firecrest MTB Website www.firecrestmtb.com